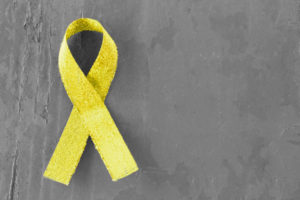 A new study published in JAMA Psychiatry has found that while suicidal acts are generally increasing in the United States, much of the recent increase can be attributed to women, older adults, and adolescents. In addition to investigating the likelihood of engaging in suicidal acts based on sex and age, the researchers also examined the details of the acts themselves and trends in the specific suicide methods – whether fatal or nonfatal – that are being employed.

To evaluate details of successful suicide attempts, the researchers used mortality files from the National Vital Statistics System. For information on nonfatal suicide acts, the researchers searched the database of the Nationwide Emergency Department Sample, which provides national information about emergency department visits across the United States, as well as the database from the Nationwide Inpatient Sample, which also provides publicly available information on U.S. inpatient care.

Using these resources, the authors of the study identified more than 1.2 million suicidal acts occurring between 2006 and 2015 among individuals between the ages of 10 and 74. Over the 15 year period, the overall incidence rate of suicidal acts increased 10%, which translates to an increase of nearly 1% each year.

Case fatality rates increased for certain groups as well. From 2009 to 2015, these rates were higher in people between the ages of 20 and 44, and starting in 2012, they were also higher for those aged 45 to 64. While both adolescents and older adults were shown to engage in all types of suicidal acts at higher rates, those between the ages of 20 and 64 increased their engagement in more lethal acts.

These results highlight the urgent need for access to mental health services and effective mental health interventions across a wide range of our nation’s population. According to the authors, given that half of all suicides were achieved using firearms, healthcare professionals may also have an evolving role in suicide prevention that now includes education and promotion of safe storage of dangerous items like firearms.