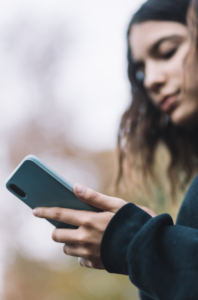 What the internet means for children and its implications on the developing brain are controversial topics without enough data to yet be resolved. Proponents of the benefits of the internet argue that internet access can facilitate important activities like those related to education and socialization, while skeptics worry that internet access can lead to excessive use that reduces the frequency of critical experiences like in-person engagement and physical exercise.

While it is likely that internet usage is associated with both benefits and harms and that the context of its use is what matters more than the frequency or volume of its use, researchers are still working hard to understand the specific effects of internet use on the brain and resulting emotions, attitudes, and behavior. This information is critical if physicians are to develop effective guidelines for healthy internet use.

One new study has shown that compared to females, males were more likely to engage in problematic internet use and digital gaming. In adolescents, the Omaha System identified 7 problems related to internet use and digital gaming amongst adolescents. These problems were: pain, sleep disturbances, vision problems, reduced physical activity, disrupted social contact, mental health disturbances, and problems with nutrition.

Though the risk of suicide ideation was higher in those with problematic internet and smartphone usage, the effect was mitigated by higher emotional intelligence. In other words, adolescents who had more emotional intelligence were less likely to engage in suicide ideation even if they did engage in problematic internet or smartphone usage.