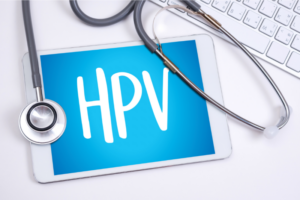 Human papillomavirus (HPV) has been a well-established risk factor for the development of cervical cancer. Given how common the group of viruses are, there have been major efforts in recent years to prevent infection through educational initiatives and vaccine campaigns.

A new study published in JAMA Pediatrics investigated whether rates of cervical cancer caused by HPV have changed. The results were promising, showing that in women between the ages of 15 and 39 in the U.S., this type of cervical cancer has in fact decreased since the HPV vaccine was introduced.

Women between the ages of 11 and 26 were first recommended to pursue HPV vaccination in the year 2006. The researchers therefore suggest that the decrease in HPV-associated cervical cancer that has occurred in recent years could at least in part be due to the deployment of the HPV vaccines. With more longitudinal data, Physicain and provider understanding of the role of the HPV vaccine in preventing cervical cancer will evolve.