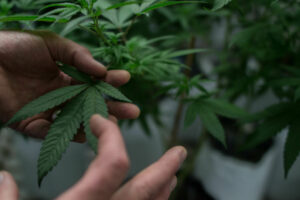 Cannabis is becoming more popular as laws around its use are relaxed and more and more cannabis-based products hit the market. Given the increased use and growing perception that cannabis use is safe, it is critical that we accelerate research into understanding the specific effects of cannabis use and the contexts in which it may be helpful or harmful.

A new study published in the Journal of Clinical Endocrinology and Metabolism has addressed the issue of how fetal exposure to cannabis may impact children from a metabolic standpoint. While reported cannabis use amongst pregnant women in the United States rose from 3.4% in 2002 to 7% in 2017, experts suspect that self-reported estimates may underrepresent the actual use of cannabis amongst pregnant women. One study conducted in 2016 found that THC could be detected in between 1 and 4 and 1 and 5 pregnant women.

While previous research has suggested that neonates who are born to cannabis users may be lower birth weight, little is known about how these children’s metabolisms work as they grow older. One group of researchers, along with a handful of physicians suggested that the intrauterine growth restriction that may occur in fetuses of mothers who use cannabis could lead to compensatory growth after birth. Such catch-up growth could put these children at a heightened risk for obesity, diabetes, and metabolic syndrome.

To address this question, the scientists studied 103 mother and child pairs from a Colorado-based cohort. They found that 15% of the women they studied had detectable levels of cannabinoids that would indicate fetal exposure to cannabis. The offspring who had been exposed to cannabis had significantly higher levels of fat mass, fat-free mass, adiposity, and fasting glucose than those who had not been exposed to cannabis when they were assessed at follow-up. The average follow-up age was 4.7 years.

While the results of this study suggest that there may be an association between fetal cannabis exposure and great weight in childhood, it did not establish an association between cannabis exposure and BMI. Given that pregnant women are using cannabis in the United States more now than they have in previous years, it is important that we work to understand how cannabis affects pregnant women and the children who are exposed to cannabis in utero.