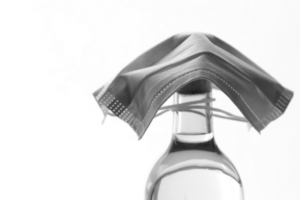 Alcoholism is a common disease, and during the COVID-19 pandemic, there have been concerns of rising alcohol use while people endure new psychological and economic stressors. The U.S. Food and Drug Administration (FDA) has approved 4 different medications for alcohol use disorder since the year 1949, though many people have not heard of these medications.

A new study published in JAMA Psychiatry has shown that though there are treatments for alcoholism and guidelines that recommend their use, medications for alcoholism are rarely prescribed. For the study, the researchers looked at data from nearly 43,000 adults, just over half of whom were women. All participants had been participants in the National Survey on Drug Use and Health in 2019. The survey included questions to assess likelihood of alcohol use disorder as well as details of the treatment that participants had received.

For instance, living in a large metropolitan area or receiving mental health care were associated with increased chances of being treated for alcohol use disorder. For those who visited an emergency department, there was an increased chance of receiving alcohol use treatment that did not involve medication. .