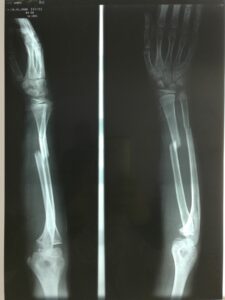 Recognizing groups at risk for broken bones is critical for implementing prevention measures and avoiding accidents that can reduce quality of life. In the case of certain breaks – such as hip fractures – even premature death can occur. Currently, those with intellectual disability (also referred to as learning disabilities) are not identified as a group at heightened risk for fractures. However, a recent analysis at the University of Oxford suggests that they should be. Their study is published in eClinical Medicine, part of The Lancet Discovery Science.

The scientists evaluated data from the UK Clinical Practice Research Datalink from 1998 to 2017. They used the data to compare the incidence of fractures in 43,176 people with intellectual disabilities to that of 215,733 people without these disabilities. The median age of study participants was 24.