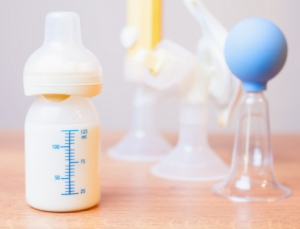 There is a lot of pressure on women who have recently given birth to breastfeed their infants rather than to rely on baby formula. The view that human milk is superior to formula comes from a plethora of data that show the specific benefits of breastmilk over formula, particularly in certain areas like immunity.

Insulin is one factor that has been identified as potentially relevant in breastfeeding because data suggest that it can stimulate maturation of the intestines. Nonetheless, the amount of insulin in breast milk has not been comprehensively studied, and so the specific links between insulin and milk and infant health have remained elusive.

For their study, the scientists collected milk from 31 non-diabetic mothers, 21 of whom were pre-term (less than 37 weeks) and 10 of whom were at-term, 4 or more times each day for the first 5 days postpartum and once again on the 10th day postpartum.

These new data help to clarify the content of human milk and how the content changes over time. More research will help to inform us about the implications of this content and the time course of the content so that physicians and women know how important human milk is for infants and how it compares to formula.