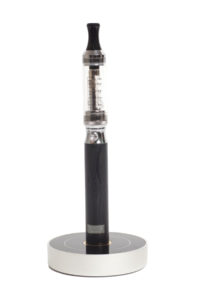 The rising use of e-cigarettes, which have been available since 1990,  is causing concern amongst many physicians and healthcare professionals. Given that the 6% of Americans that use e-cigarette includes 3 million high school-aged children, parents also worry about the implications of e-cigarette use, such as the long-term consequences of using e-cigarettes during one’s teen years. A new study published in Science Advances has helped to uncover the specific ways that the cigarettes may adversely affect those who use them.

The researchers who conducted the study analyzed aspects of the genes of those with different types of smoking habits and found that e-cigarette users have a pattern of protein expression that is distinct from that of both smokers and controls. For instance, proinflammatory cytokines were observed at higher levels in e-cigarette users than in people who never smoked, pointing to the impact of e-cigarettes on the immune system.  According to the authors, the stress that e-cigarettes puts on the subgingival environment leads to physiological changes that are similar to what is observed in patients with severe periodontitis.