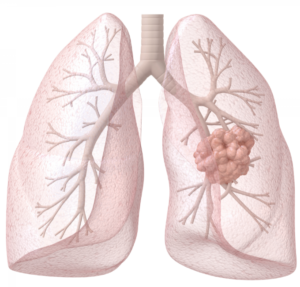 Lung cancer is the most common cancer worldwide. Emerging research is demonstrating the power of genetic testing to help us target therapies to the specific needs of subpopulations of patients rather than attempt to deploy one-size-fits-all therapeutics. New research published in BMC Cancer contributes to this growing picture by comparing the effects of different drugs on patients with specific types of epidermal growth factor receptor mutations.

For their study, the researchers studied 363 patients between the years 2010 and 2018 who had advanced lung adenocarcinoma and EGFR mutations. Each patient had received EGFR tyrosine kinase inhibitors. They analyzed the efficacy of the tyrosine kinase inhibitors on these patients, which included an evaluation of response rate, overall survival, and progression-free survival. The researchers also assessed whether each patient had an exon 19 deletion, L858R point mutation, or an uncommon EGFR mutation.

The researchers found that 48.2% of the patients had exon 19 deletions, 42.4% had L858R point mutations, and 9.4% had uncommon mutations. Compared to those with uncommon mutations, the researchers also found that those with exon 19 deletions and L858R point mutations had better overall survival and progression-free survival when treated with tyrosine kinase inhibitors. Additionally, in the patients with L858R point mutations, the tyrosine kinase inhibitors erlotinib led to significantly shorter overall survival than afatinib and gefitinib. By contrast, gefitinib led to significantly shorter progression-free survival in patients with uncommon patients when compared to the other two tyrosine kinase inhibitors.

Based on their findings, the authors of the study conclude that afatinib is superior in achieving progression-free survival, as it is effective in all EGFR mutation types. The scientists also suggest that oncologists, and other physicians, should carefully consider whether to use erlotinib in patients with L858R point mutations and gefitinib in those with uncommon EGFR mutations, Future research will help to clarify the effects of these drugs on patients with different EGFR mutations so that therapies can be customized to the specific needs of each patient.