Home > COVID-19 > Is There an Association Between Flu and Parkinson’s Disease? 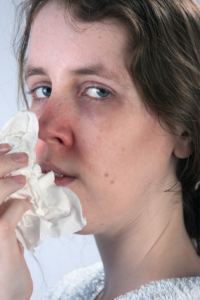 Since the COVID-19 pandemic, interest in the effects of viruses on our health has surged, and new investigations between the association of various viruses and other health ailments have begun. Unlike COVID-19, influenza has been studied for decades. Unfortunately, it is not clear what risks flu infection and flu vaccination may pose for subsequent health.

A new study published in JAMA Neurology has focused on the potential relationship between flu and Parkinson’s disease. Specifically, the physician researchers questioned whether infection with the flu was associated with Parkinson’s disease more than 10 years later.

For their study, scientists used Danish National Patient Registry data collected between the years 1977 and 2016. Nearly 62,000 individuals were included in the study, approximately 39% of whom were female and 86% of whom were over the age of 60. Parkinson’s disease patients were included if their disease was not drug-induced.