Home > Best Practice > Can Noise Give You a Heart Attack?

People are often bothered by loud noises, especially if those noises reach a certain decibel or are of a certain pitch. However, we tend to think of noise as simply annoying and do not generally consider it a danger. The results of a new study out of Rutgers Medical School that were presented at the American College of Cardiology’s 71th Annual Scientific Session call into question whether annoying noise really is benign. 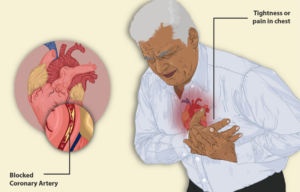 While the results demonstrate that heart attacks tended to happen on average more frequently in noisy areas than in quiet areas, the research does not reveal whether the noise could have caused the heart attacks. It also does not dig into the mechanisms by which noise may elevate heart attack risk.

There are several potential hypotheses for the link between what researchers are calling “noise pollution” and cardiovascular events. However, much more research is needed before we can say with certainty what – if any – relationship exists.