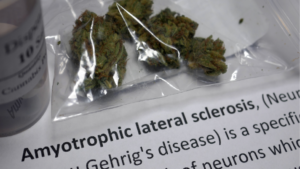 Amyotrophic lateral sclerosis (ALS) is most often classified as sporadic. Because there is no known genetic explanation for the majority of cases of ALS, physicians, and other healthcare experts have long investigated the potential environmental influences that may lead to the development of this devastating degenerative disorder.

The authors of a recent study published in Muscle Nerve aimed to better understand the etiology of sporadic ALS through the study of 188 patients diagnosed with ALS. The researchers recruited ALS patients and then evaluated them for their potential exposure to different types of environmental stimuli that could potentially be harmful and help to explain ALS development. The patients were assessed, for instance, on issues relating to their behaviors, lifestyles, and occupations, and data on the frequency of their exposures, as well as the time and duration of their exposures before ALS diagnosis were also incorporated into the analysis.

The results of the study showed that head trauma increased risk for ALS, especially when head injuries had occurred at least 10 years prior to the development of ALS symptoms.Similarly, severe electrical burns also increased the risk for ALS, and those who had endured the burns at least 10 years prior to symptom onset or who had experienced the burns after the age of 30 appeared at higher ALS risk.

Other critical factors that appeared to play a potential role in the risk for ALS were jobs in certain industries, such as in the mechanics or construction industries as well as in painting. People who had been subjected to lead 2 decades ago or more appeared at higher risk for ALS than those who were more recently exposed to lead.

While much more research is needed to understand why and how sporadic ALS occurs, data such as the ones presented here help to fill in gaps in our knowledge of what environmental factors may increase vulnerability to ALS. As we gain a better understanding of the types of exposures that are problematic and the mechanisms by which they can cause ALS, we will be better able to develop preventative and treatment strategies for this disease.