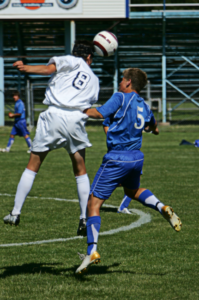 A new study published in JAMA Neurology suggests that we should perhaps widen the scope of what we view as potentially harmful in the context of sports. Soccer (or “football” to most non-Americans) was investigated for its potential to cause long-term neurological damage.

Though lower impact than football or boxing, soccer involves “heading” the ball, where the players hit the ball with their head and can also involve accidental head impacts during collisions or falls. The frequency of head injury is thought to be higher in the professional level than in youth soccer.

This new study involved data from more than 7,500 soccer players born between 1900 and 1977, as well as controls who did not play soccer. Researchers found that soccer players do indeed experience neurodegenerative disease at rates that are higher than the general population, suggesting that the experience of soccer may increase one’s risk for developing these diseases.

In addition, outfielders (i.e. those playing forward, midfield, defense, or some combination) were observed to be at higher risk than goalkeepers. Amongst the outfielders, defensive positions were associated with the highest risk for neurodegenerative disease. Longer careers were also associated with a heightened risk for neurodegenerative disease compared to shorter careers. However, which years people participated in soccer did not appear to affect risk.

Given that soccer is the most popular sport around the globe, with approximately 270 million people participating in it across ages and sexes, it is critical that physicians understand the risks associated with the sport. This initial research suggests that we need to pay closer attention to the health of soccer players across the lifespan and potentially deploy appropriate interventions to mitigate any risks that playing the sport could pose.