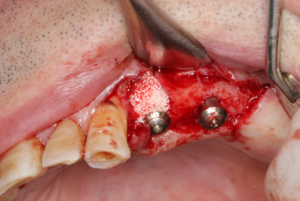 Minimizing pain associated with surgeries has been of clinical and research interest for centuries. A new study has investigated the potential to reduce surgical pain in children following dental treatments using paracetamol before the procedure.

The scientists collected data from the children at baseline as well as immediately following the surgical intervention and again 2.5 hours later, via phone. The results showed that the children who received paracetamol experienced no difference in pain experience compared to those who received placebo.

Rather than the pre-operative intervention, the biggest predictor of pain in these children was the specific procedure they endured. For instance, postoperative pain appeared to be higher in children who had stainless steel crowns placed or underwent combinations of crown placements, pulpectomies, and extractions.

While it is important to minimize pain in patients undergoing surgery, the current study suggests that paracetamol, when used before dental surgery, is not beneficial. To avoid patients seeking post-operative emergency physician pain management, more research into strategies that could prove valuable in alleviating surgical pain will likely help us not only reduce pain but also the anxiety associated with surgical procedures.