Home > General > New Data on Gun Use Risk in Adolescents 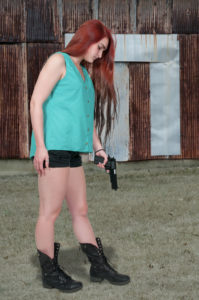 It has generally been thought that traits deemed callous and unemotional are traits that increase the likelihood that adolescents engage in violence. The Diagnostic and Statistical Manual of Mental Disorders (DSM-5) has indeed listed limited prosocial emotions as a symptom of conduct disorder. These types of traits have been identified in more than 25% of adolescents who have significant conduct problems.

Though these traits have been shown to increase the risk for carrying a weapon, they have not before been specifically linked to gun violence. A new study, published in the The American Journal of Psychiatry, has addressed this question of the relationship between callous-unemotional traits and the likelihood of carrying or using guns.

For their analysis, the researchers evaluated over 1,200 male juvenile offenders who came from 3 different regions of the U.S. They measured participants’ callous-unemotional traits and asked participants to report on whether they carried, owned, or used a gun. They collected this information at baseline, which was after the first arrest, and again every 6 months for 3 years and once more at 4 years following the baseline measurement.

The result of the study showed that those who displayed callous-unemotional traits at baseline were more likely to carry a gun and use a gun during a crime over the following 4 years. This relationship also appeared to be unaffected by the tendency of peers to carry guns. Only offenders who were low in terms of callous-unemotional traits were more likely to carry guns if their peers carried or owned guns.