Home > General > New Data on Benefits of Cinnamon in Prediabetes 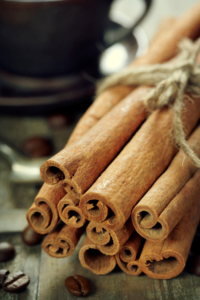 Those with chronic diseases like diabetes not only suffer from the diseases themselves – but as we have observed recently with COVID-19 – they are also more susceptible to serious illness from other conditions and diseases. Finding effective ways for physicians to prevent and manage these diseases therefore remains critical.

A new study published in the Journal of the Endocrine Society has revealed that cinnamon may provide a simple and cost effective way to help people with prediabetes better control their blood sugar. This type of blood sugar control is a major goal in helping to prevent progression to type 2 diabetes.

The results showed that abnormal fasting glucose levels were lowered in those who took cinnamon but not in those who received placebo. Cinnamon also appeared to improve the body’s response to carbohydrates. Perhaps unsurprisingly, the cinnamon was also not associated with any adverse side effects.