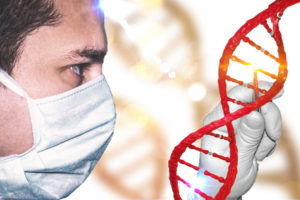 A study published in JAMA Ophthalmology has shown that adults who have CNGA3-linked achromatopsia benefited from a gene therapy. Given that there is currently no treatment available for this condition, these new data will likely spur more research into how gene therapy can be used to address achromatopsia in this patient population.

The exploratory open-label study included 9 patients whose diagnosed color blindness was linked to variations in the CNGA3 gene. This type of achromatopsia involves a lack of functioning cone photoreceptors that leads to day blindness, photophobia, poor visual acuity, and involuntary eye movements.

The patients, whose ages ranged from 24 to 59 years, each received a single unilateral subretinal injection of a gene therapy with an adeno-associated virus (AAV) that encoded the CNGA3 gene. The patients were divided into 3 groups – each of which received a different dose of the gene therapy, and their condition was monitored over a 12-month period.

As evaluating the safety of the gene therapy was the primary focus of the study, the researchers monitored patients for both local and systemic reactions to the treatment. Specifically, the researchers assessed ocular inflammation and performed systemic tests including checking vital signs, blood cell counts, and other routine chemical tests. No significant safety issues were observed at the time of treatment or during the year-long follow-up period.

These results position gene therapy as a promising therapeutic intervention for those whose color blindness is due to genetic variations. Future research will help to clarify if and precisely how gene therapy can best be used to optimize clinical outcomes while ensuring safety in those with achromatopsia.